A burning desire to process payroll likely isn’t the reason you’ve gone into business. But it is core to running a successful operation. Small business owners know that ensuring employees are paid accurately and on time is mission critical.

In honour of Small Business Month, we’ve put together some facts that Canadian business owners need to know when it comes to paying their employees:

In Canada, payroll regulations are managed at both the federal and provincial level. That means aspects of your company’s payroll, such as employment standards, wages and even income tax, can differ between employees if they are living and/or working in different jurisdictions. Tax reporting and remittances are generally regulated federally, whereas statutory holidays, sick and overtime pay are regulated provincially – these are just a few of the things that need to be calculated and filed properly as per provincial payroll legislation. While the federal government and Canada Revenue Agency (CRA) have a fair amount of oversight, Canadian business owners also have to adhere to the regulations that differ between provinces.

Businesses operating in the Province of Québec have distinct rules, such as reporting and submitting provincial remittances to Revenu Québec. The remittances that distinctly pertain to Québec are: a provincial pension plan called the Québec Pension Plan (QPP), Québec Parental Insurance Plan (QPIP) and Québec Health Insurance Fund (QHSF). These Québec-only remittances, as well a distinct provincial income tax, do not go to the CRA, but rather Revenue Québec.

Mistakes could result in costly penalties and/or fines

If you do not submit, submit the incorrect amount, or submit late to the CRA for Canada Pension Plan (CPP) and Employment Insurance (EI) premiums, or for income tax deductions, you can receive penalties, which are:

The same concept applies for those who do not submit, submit the incorrect amount, or submit late to Revenu Québec for QPP, QPIP and Québec Health Insurance premiums, as well as the province’s income tax. Revenu Québec’s late fines are:

In general, not being compliant with current payroll legislation, both federally and provincially, can result in fines ranging from $1,000 up to $25,000

A reliable pay cheque is important for your employees

We understand that operating a small business means wearing many hats and managing an endless to-do list. We also recognize that while processing payroll is on that list, it’s probably not your expertise.

Payworks has been helping Canadian businesses manage payroll and stay compliant with ever-changing legislation since 2001. We handle government remittances and Records of Employment (ROEs) – submitting them directly to the CRA. Our solutions are affordable, easy to use and since payroll is so complex, all clients are assigned an expert CPA-trained service rep.

Let us help you get back to business. Because while payroll certainly isn’t your passion, it IS ours. 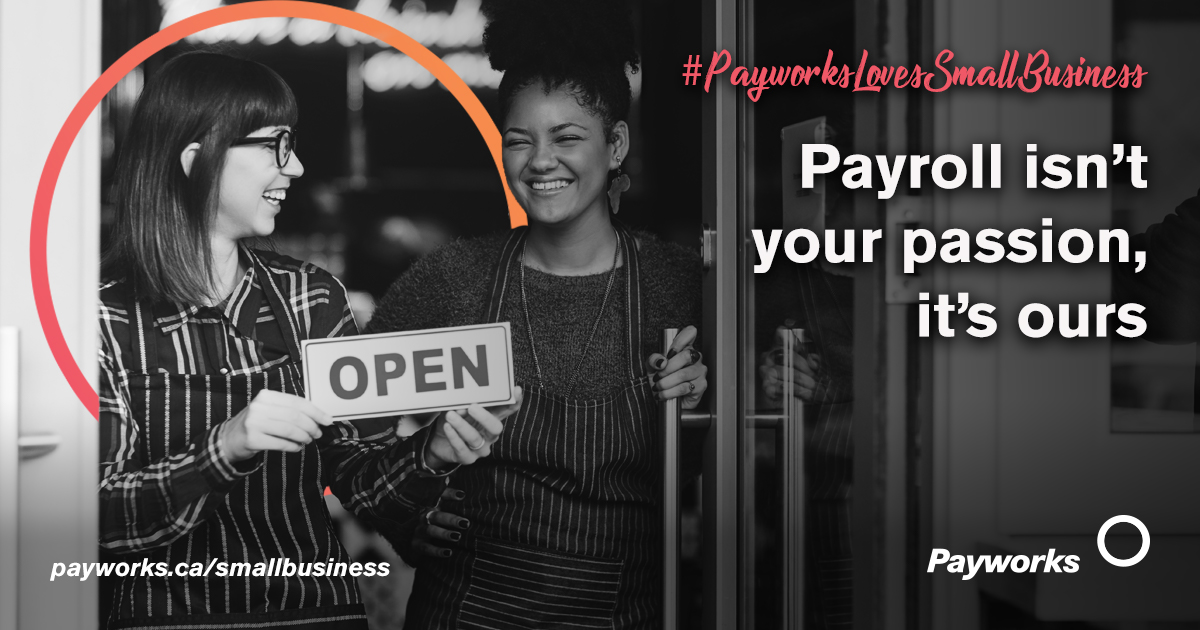 To say that 2020 was full of surprises would certainly

Archiving and storing payroll and year-end reports can

Before year-end, verify your delivery address

To ensure a smoother year-end experience, take a

In their own words: why Payworks’ clients count on their CSR as “part of the team”

Whether your organization is two or 200 strong,

December is here and that means payroll administrators

Three T2200 basics to understand in the year of remote work

For your remote workforce: Why 2020 is the year to go paperless for year-end

Let’s take one item off your plate this year-end!

Year-end reporting: what you need to know for 2020

Clear communication has long been acknowledged as the

Do I have Remembrance Day off work?